Chris Laing is a native of Hamilton, Ontario. He worked in private business for 20 years before joining the Federal Public Service, where he served in the Department of the Secretary of State, Citizenship Branch and the National Museums of Canada until his retirement.

In the past number of years he has expanded his long-time interest in detective stories from that of avid reader to writing in this genre. He is the author of four novels in the Max Dexter Mystery Series: A Private Man, 2012, which was a finalist for the Arthur Ellis Award, Best Crime First Novel; A Deadly Venture, 2014, winner of the Kerry Schooley Award presented by the Hamilton Arts Council; A Family Matter , 2017; and A Devious Dame, 2019.
​
​His short stories have appeared in Alfred Hitchcock’s Mystery Magazine, Hammered Out (Hamilton)and Best New Writing 2013 (Hopewell Publications), as well as a number of online journals.
​
He now lives in Kingston, Ontario with his wife, artist Michèle LaRose. 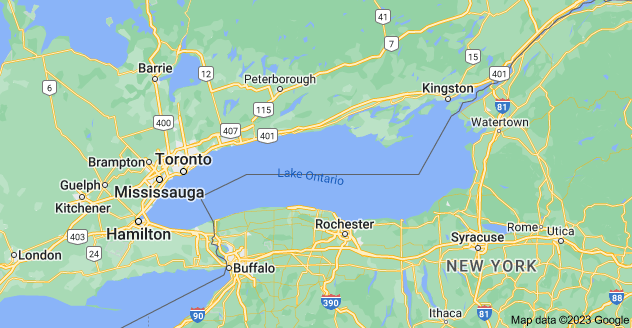 Hamilton is located at the western end of Lake Ontario, midway between Toronto and Niagara Falls. It is a steel city. An industrial centre. A city of arts and culture and military heritage. During the period from the late 1930s until the 1950s while I was growing up there, it was a hustling, bustling, energetic place. And it left its mark on me.
​
Many thousands of men and women volunteered for the armed services during WWII and local industries boomed, supplying the military with materiel. Hamilton was a training centre for land, sea and air personnel. Wartime imparted a sense of urgency and excitement and fear. At war’s end the city’s population had swelled to 175,000, some of whom contributed to the Steel City’s unwanted reputation as a city of crime.

​Because of Hamilton’s strategic location on the Great Lakes, bootleggers were able to profit by running booze across the nearby U.S. border during Prohibition. Hamilton’s Rocco Perri was the most successful of these gangsters and from 1916 until his disappearance in 1944 (some say at the bottom of Hamilton Harbour) he eventually controlled much of the organized criminal activity in Ontario. And he left behind a legacy which law enforcement officials still contend with today.

So when I’m asked why I place my fictional characters in this period of Hamilton’s history, my answer is: With all that was going on, how could I not?